Our country stood still yesterday and looked up into the sky.  Millions of people, all together.  You’d be hard pressed to create such a unifying event as that.

Sometimes, God does something extra spectacular, as if to say “Hey guys! Remember me?” This time, he literally stopped one of the greatest nations on earth, so we could all look skyward and see His celestial show.

He put the moon in front of the sun and the earth went dark. The stars shown at mid day, the land was encircled in a 360* sunset, the temperature dropped.

When we loaded five of our kids into our van to travel five hours (which turned into eight hours. Eclipse traffic is real!) to witness totality, I wondered if we were just a little crazy. We generally are, but this time, we certainly weren’t alone.

Our beautiful campsite at Land Between the Lakes

In fact, the first place we stopped, didn’t even have camping available. We are talking rough, dispersed camping with zero amenities. You have to hike your gear in. It was all full. And this was Saturday – a full two days before the eclipse!

Gorgeous Sunset over the lake Saturday night. The sun was practicing!

We loaded back up and traveled a bit more south to the Land Between the Lakes. It was still pretty crowded, but we soon found a gorgeous campsite in a cove, on the lake. Sand and shells, trees for a hammock, it was perfect. The sky was clear and we knew we’d have great viewing.

We weren’t too far off the road, so we had ample chance to observe the people coming and going. Traffic was pretty heavy and campsites were filling fast. By the time the eclipse started, stopped cars were lining the road.

Hammock ready to watch the eclipse!

One of my favorite parts of camping is seeing so many people eager to escape the rat race for a bit and reconnect with nature. This world is far to beautiful to miss in favor of a screen or in a corner office. This time, people came from far and wide to witness this eclipse.

As the sky dimmed and people gathered along the road, gazing upward to witness this wonder, there was a certain buzz of humanity. A connection that we are all traveling together toward the one same goal. Some are more aware of it than others. But truly, we all gaze heavenward.

When the moon slipped into place, completely centered over the sun – the earth went dark and cold – and the crowds cheered at the wonder of it all.

It was heartwarming to witness this marvel of the sky, God’s wonder at work, uniting people from all walks of life. People who made sacrifices, planned long and hard, traveled miles and miles, all to witness God showing off with His nature playground. 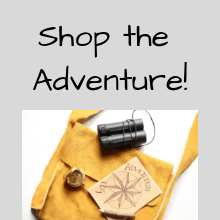